With Christmas just around the corner, a new study might have some good news for those who tend to overindulge during the Silly Season. New research led by the University of Sydney, has found that physical activity may offset some of alcohol’s lethal harms.

The study, published online in the British Journal of Sports Medicine, discovered that exercise may level out the negative effects of moderate drinking. Researchers looked at government health statistics in England and Scotland over a 12-year period between 1994 and 2006. The surveys included a record of the participants’ physical activity and alcohol consumption during that time.

“Our results provide an additional argument for the role of [physical activity] as a means to promote the health of the population even in the presence of other less healthy behaviours,” the researchers write.

Over the 12 years, the number of deaths was recorded and those who had the highest levels of physical fitness were significantly less likely to have died, even if their alcohol consumption was higher. The study concluded, “Meeting the current [physical activity] public health recommendations offsets some of the cancer and all-cause mortality risk associated with alcohol drinking.”

The research suggests that the recommended amount of exercise for these results is one hour per day.

Of course, this is not carte-blanche to go crazy drinking alcohol to excess, but it does demonstrate one way we might offset our bad behaviour. 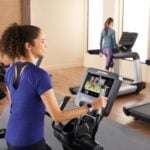 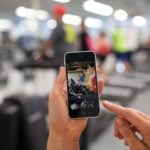 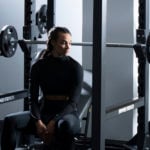